This article has been made available as a downloadable PDF document. The PDF also includes a full equipment list detailing all apparatus featured in this video.

In this video tutorial, Jeff Ditchfield of Bud Buddies details exactly how to make cannabis oil. The entire process has been annotated in detail below.

Please share this article. It could help save somebody's life!

This guide is for educational purposes only. We cannot be held responsible for any harm or loss incurred by viewers attempting to make cannabis oil by following information provided in this video or on this website.

In this tutorial we will be making cannabis oil from the bud (or flower) of the female cannabis plant. This is where the highest concentration of cannabinoids are produced. Cannabinoids, namely THC and CBD, are the active medicinal compounds we want to extract from the bud when making oil.

Both THC and CBD have been found to have great medicinal properties when treating cancers. The strain of cannabis used in the tutorial video is called "One to One". This strain was chosen because its buds produce a 1:1 ratio of THC and CBD. However, you can use any strain you like.

We will now break down the process into easy to follow steps. Please follow along with the video.

The following written instructions assume you own a magnetic hot-plate-stirrer. Cannabis oil can be made without this apparatus by applying heat from another source and mixing the solutions by hand with your own choice of stirrer. However, if you are serious about making medicine from cannabis, we strongly encourage you to invest in one. 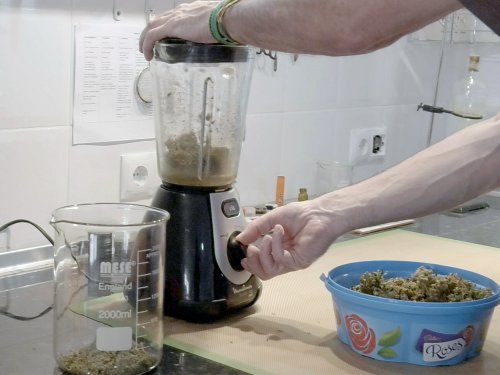 Break up your pre-dried bud by giving it quick bursts in a blender, one small handful at a time. Once the handful of bud is well separated, pour into a container and repeat the process until all the bud has been separated.

The aim here is to break it up but not so fine that it becomes a powder. Once complete, remove any larger stalks and unwanted plant matter.

Note: This guide assumes that the bud has been dried out first. 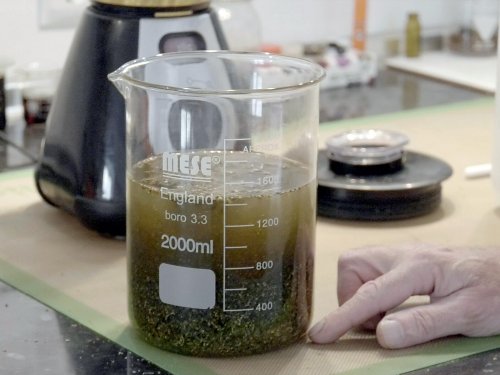 A general rule of thumb is to soak approximately 1.5 litres of solvent for each 100g of dry cannabis bud.

In the video Jeff uses 190-proof Ethanol (alcohol). However, this is very difficult to acquire in many jurisdictions. Ethanol can be substituted with more accessible solvents; A popular alternative is to use Isopropyl. However, Isopropyl Rubbing Alcohol (IPA) is NOT recommended because it's known to contain unwanted chemical additives.

If in doubt, there is a chapter dedicated to solvent choice in Jeff's Medical Cannabis Guidebook. In there he lists an array of suitable solvents including their respective boiling points and additional pros and cons.

A Note About Solvents

Whichever solvent you choose to make cannabis oil with, it's imperative you purchase one of the highest possible purity; usually 99.9% (or 95% ABV if choosing Ethanol). It's also imperative that the procedure is carried out in a well ventilated area, preferably outdoors. These solvents are highly flammable!

Step 3. Mix the Solvent With the Bud

Leave the bud soaking in the solvent for approximately 10-20 minutes while it is being stirred by the magnetic hot-plate-stirrer. At this stage of the process, do not apply any heat; simply ensure the bud is being well mixed within the solvent. 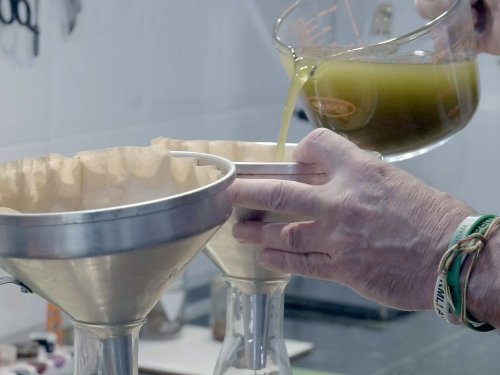 The first stage of the filtration process is to dispose of the plant matter; it is no longer useful because all of its cannabinoids have been extracted and are now dissolved in the solution. Simply pour the liquid into another container through a metal sieve and dispose of everything the sieve catches.

The second stage of the filtration process (pictured) is to remove the smaller particles of the plant material. To do this, line a funnel with an unbleached coffee filter and pour the solution into it. It will take some time for the filtration process to complete, but when it does you'll be left with a purer solution minus any left-over plant matter. 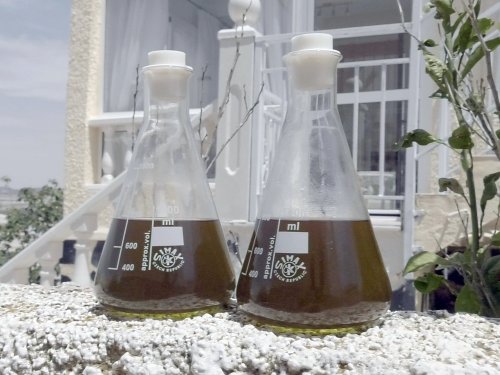 This step is optional.

You'll notice that the solution is green. This is because along with extracting the cannabinoids, chlorophyll from the plant has also been extracted. If you want to reduce the green colour from your cannabis oil, put the solution in a clear glass container and leave it in direct sunlight for approximately one hour. 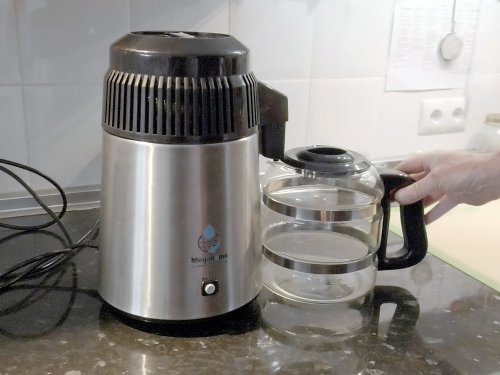 The most economical way of evaporating the solvent is by using a distiller because it re-captures the solvent after it has evaporated. This allows the solvent to be re-used at a later date. Alternatively you could use a rice cooker for this step if you don't mind the solvent evaporating into the atmosphere.

Another advantage of using a distiller is that some models will automatically switch themselves off when the process is complete.

Upon completion, you will be left with a thicker liquid. Transfer this liquid to a smaller beaker ready for the final stages of evaporation and decarboxylation. 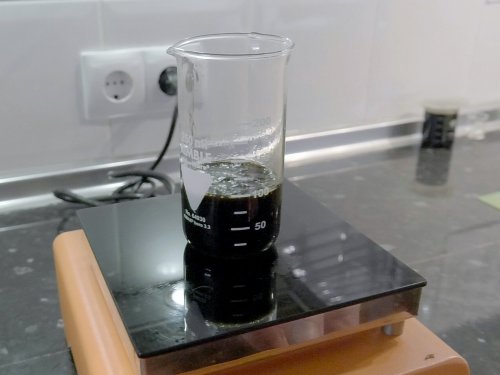 At this point, a lot of solvent remains present in the solution so we need to boil it off. To do this place the beaker on the magnetic hot-plate-stirrer, start the solution stirring and apply heat. 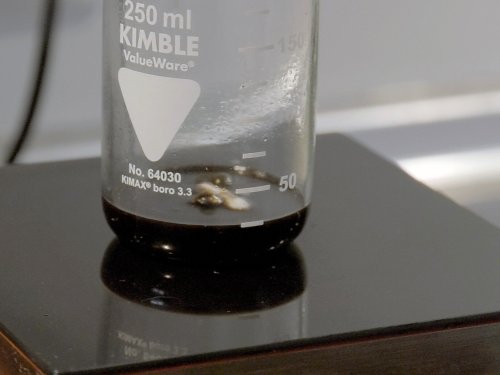 Decarboxylation converts THCA into THC. Our bodies have a low affinity to THCA which is why if you were to eat a cannabis bud without first decarboxylating, it wouldn't have a psychoactive effect.

The reason we get high when we smoke cannabis is because the heat from the flame decarboxylates the THCA converting it into THC. However, most of the cannabinoids are burnt in the process of smoking a joint meaning that smoking is actually a far inferior way to consume cannabinoids. 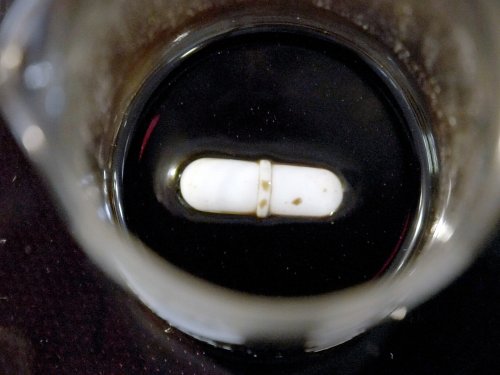 Hold the temperature between 105 and 110 degrees Celsius for 1.5 to 2 hours. This temperature held for that amount of time will achieve a good decarboxylation.

After a while, you'll notice the bubbles getting much smaller. However, for as long as bubbles are present, so is solvent!

After the decarboxylation period has ended and when the smallest of bubbles have disappeared, congratulations: you have now made cannabis oil!

To download this article, including the full list of equipment used in the video, please enter your email address.

Your email address may be used to notify you of our future Cannabis projects. We will never spam you and you can unsubscribe at any time.

We admire your commitment to take back control of your health!
(right click the button below and press save)